On Sunday I saw the Children In Need Rickshaw, and it was amazing, although there were not many supporters; I went along to cheer and report for you, about the Rickshaw Challenge on Remembrance Sunday.

I saw it first, at the Seven Stars in Leigh. It did take a long time for them to come down the hill, but slowly and carefully they came.  I don’t blame them for being steady as they had started in France on Friday and slowly made their way here.

How did they do that distance? There were multiple people helping and supporting the team.  In front was a car and which  was filming the cycling, every second of every day, also behind was a campervan, with all the other people taking part, and out the corner of my eye, I could see a massive Pudsey, in the back. After they had gone by, we jumped back in the car and headed to Brockham Hurst lane, where I saw my teacher, so we got out and watched them pass again. I was so close I could see the determination on the rider’s face as she pedalled on, with Matt Baker encouraging her. Finally, the rickshaw went right past my house! 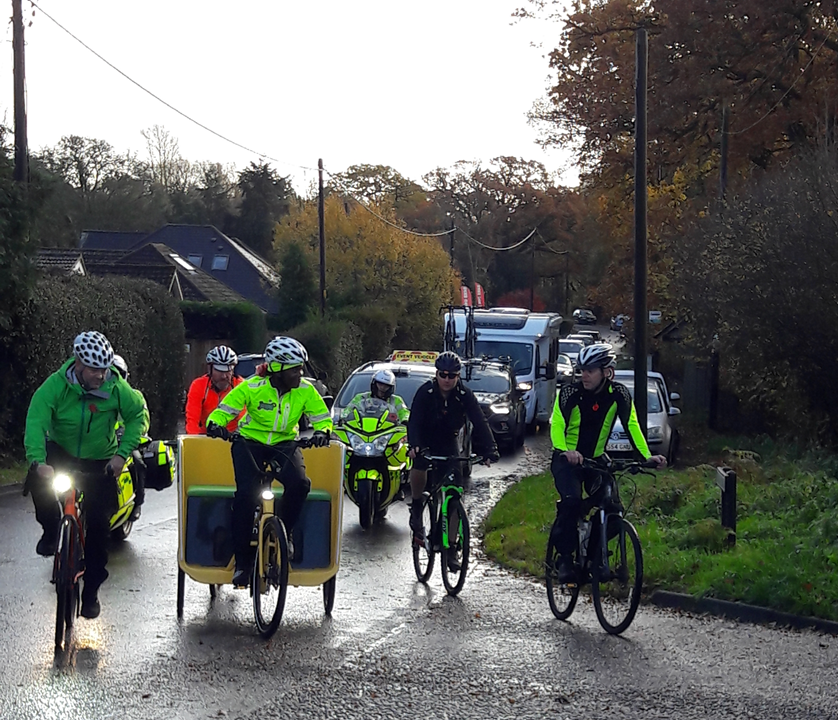